Eyelid problems in dogs can occur from birth, as a result of injury, infection or exposure to irritating agents. There are different types of eyelid problems in dogs, such as entropion, i.e. inward curvature of the eyelids, ectropion, outward turning of the lower eyelid, lagophthalmos, blepharitis and conjunctivitis. Eyelid problems can be seen more in some species. It can be stated that various eyelid problems are also encountered in very popular species such as Pug, Pomeranian, Yorkshire Terrier, Husky, Golden Retriever, Labrador Retriever. In this article, you can find information about common eyelid problems in dogs, their symptoms and treatment methods.

Overview of Eyelid Problems in Dogs

Eyelid problems are usually hereditary, but they can also occur as a result of different health problems. However, some ailments can also cause existing eyelid problems to worsen. Possible symptoms may include strabismus, involuntary blinking, itching and scarring. Although the treatment of eyelid problems varies according to the type of problem, they can usually be treated with antibiotic drugs. In some cases, it may be necessary to correct the eyelid with surgical intervention. At this point, the planning of the treatment process should be done by veterinarians. When it comes to the use of antibiotics, it is important to apply the prescribed drugs in the right doses and at the frequency. We have previously prepared a detailed content on the use of antibiotics. You can read our content called Considerations for the Use of Antibiotics in Dogs. 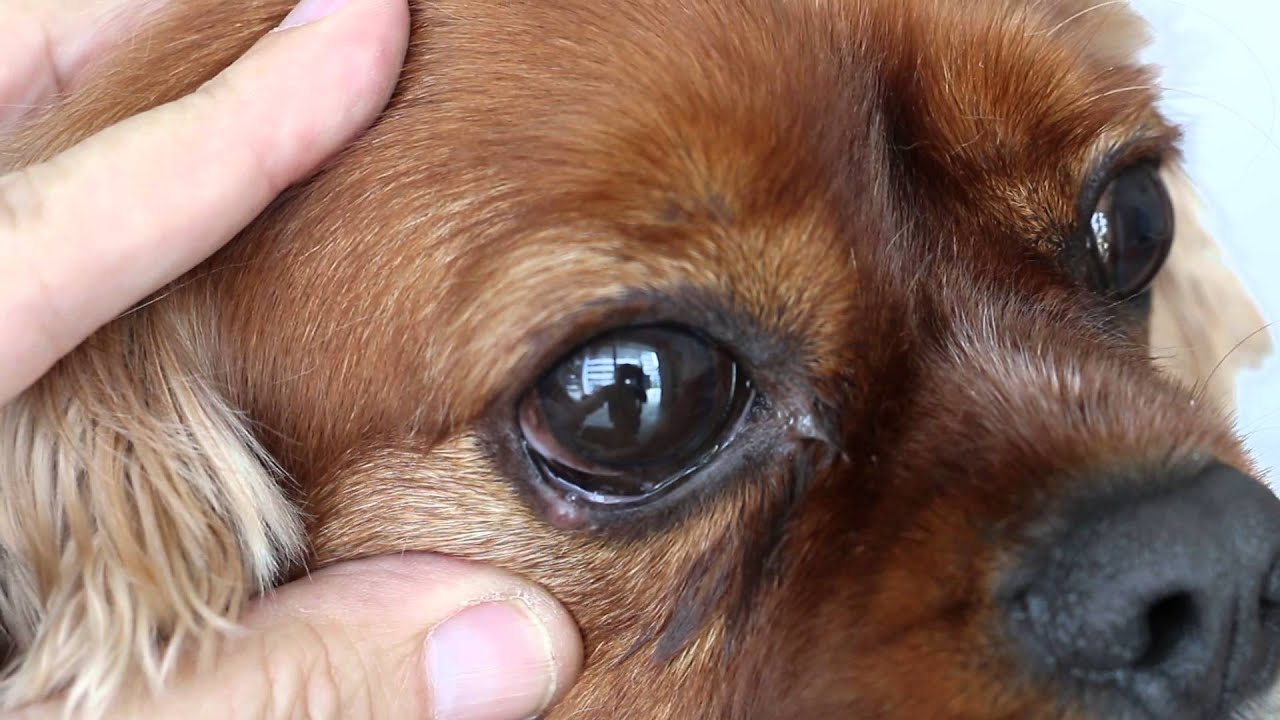 The inward curving of the eyelids in dogs is called entropion. In this case, the eyelashes around the eyelid rub against the surface of the eye. Entropion is one of the most common genetic eyelid disorders in dogs.

Ectropion is the opposite of entropion. With this ailment, the eyelids turn outward. Ectropion causes the eyelid to crack or split. Ectropion often occurs on both eyelids. Bloodhound, Bulldog, Great Dane, Ternöv, St. Ectropion is very common in Bernard and Spaniel species.

Lagophthalmia is the inability to close the eyelid completely. This causes the cornea to dry out. Lagophthalmia is usually caused by the orbit of the eye not deep enough to accommodate the eye in brachycephalic breeds with a flat and flattened face, such as the Bulldog or Pug. It is not as common as entropion and ectropion among eyelid diseases in dogs.

Blepharitis is inflammation of the eyelid. Generally, skin inflammation, glands, infection or irritant agents cause blepharitis. 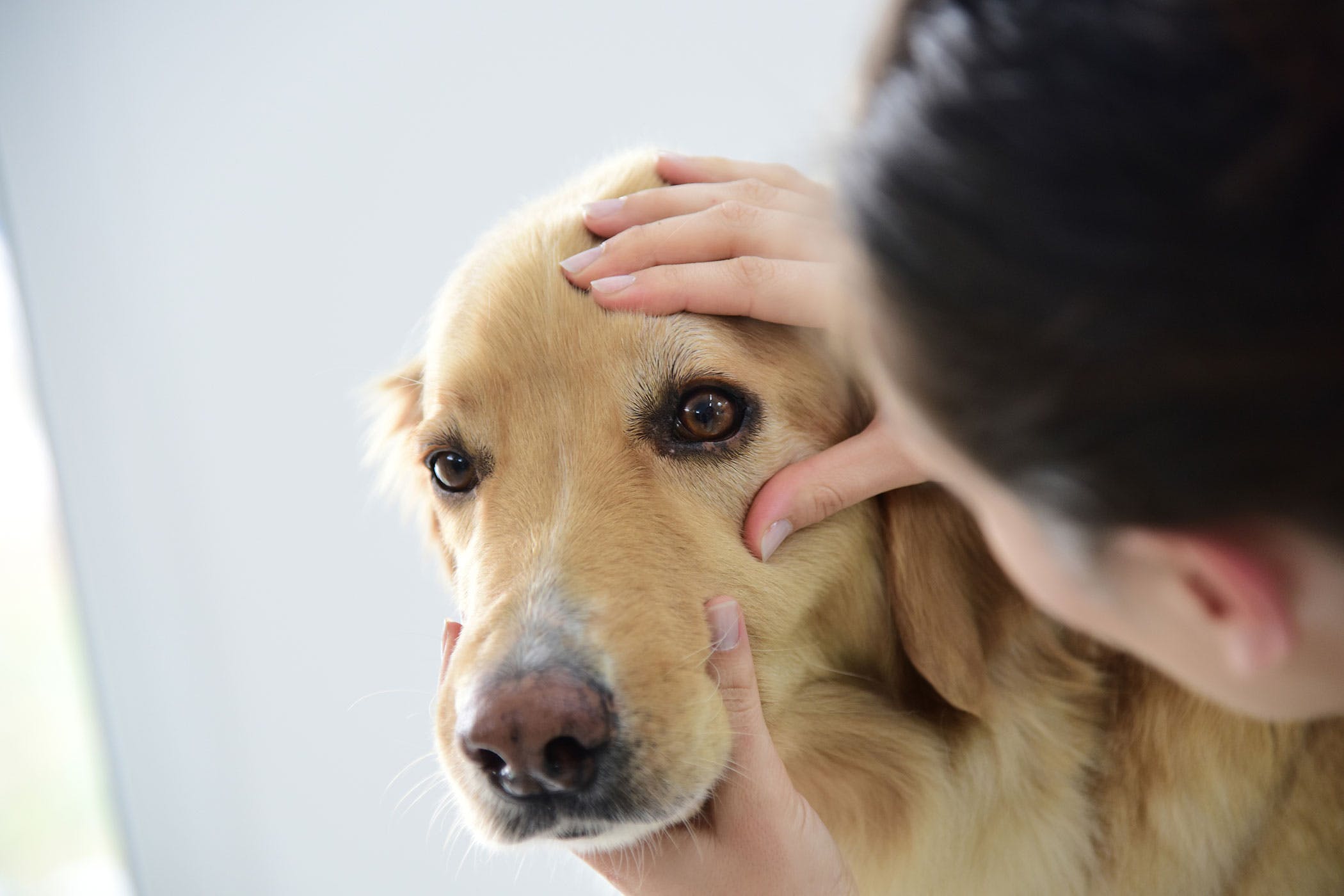 What Causes Eyelid Disorders and How Is It Diagnosed?

Eyelid disorders in dogs are often genetic. It is very rarely seen due to other causes. Lagophthalmia occurs when there is not enough eye space to hold the eye sockets. This arises from the genetic makeup of some species. However, droopy eyelids can also cause ectropion in dogs. Ectropion also occurs with a genetic predisposition. Apart from genetic predisposition, physical trauma, tumor in or around the eye, or paralysis of the nerves in the face can cause eyelid disorders in dogs.

Because the majority of eyelid abnormalities are genetic, the veterinarian usually asks questions to learn about the dog’s family, breed, and previous health problems when making a diagnosis. However, a physical examination is also required to understand the damage to the eye. If there is a condition that causes the condition of the eyelid to worsen during the examination, it must be specified. In addition to the diagnostic methods, other tests are performed according to the symptoms that occur. A biopsy of the eyelid may be required to diagnose blepharitis. 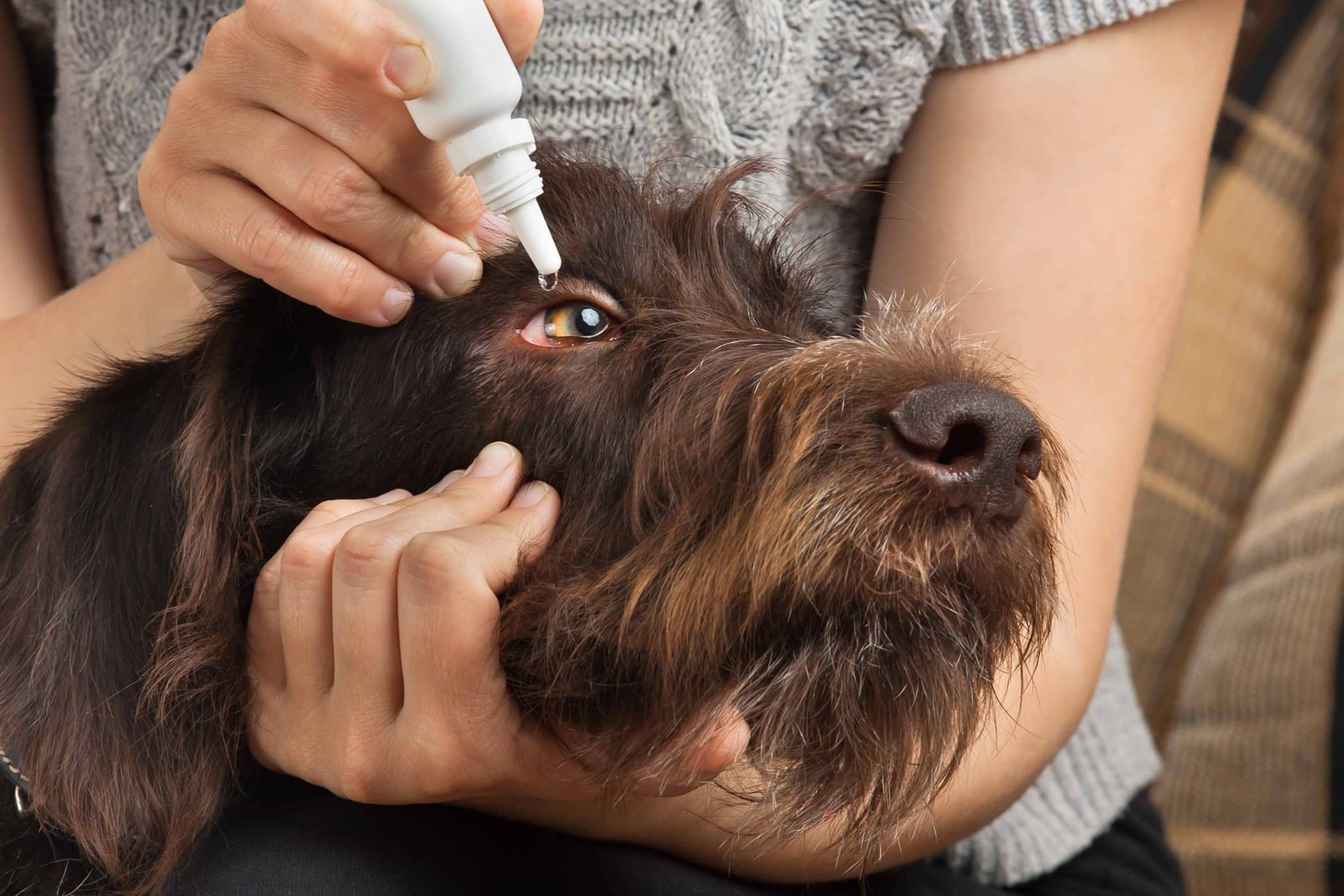 In the treatment of entropion, stitches can be applied to provide relief by removing the eyelashes from the surface of the eye. In addition, medication can be injected into the part of the eyelid where the eyelid curves inward, or anesthesia can be used to block the nerves in this area. However, the most effective treatment method for entropion is to correct the eyelid with surgery.

In the treatment of ectropion, antibiotic therapy is preferred when eyelid inflammation occurs. However, this may cause recurrence in the future. Surgery is required for permanent ectropion treatment. In ectropion surgery, the excess tissue on the eyelids is removed and the eyelid is shortened.

Surgery is usually necessary for lagophthalmia. When the operation to correct the eyelid area is not possible, the eye should be moistened regularly with lubricating eye drops.

Treatment for blepharitis is based on treating the problem that is causing this ailment. In very serious cases, supportive treatment with a warm compress is applied to the eye together with the treatment of infection. In such cases, the eye should also be cleaned regularly with drops given by the veterinarian.

If there are eyelid problems in dogs, it may be necessary to take additional measures along with the treatment processes. In such a case, veterinarians may recommend the use of products such as eye cleansing lotion and eye care lotion. You can review eye care products for dogs here.